Accounting for the Most Popular GASB 87 Leases Scenarios 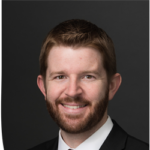 Most of the questions we have received during GASB 87 Leases implementation have revolved around the following three scenarios:

School districts need to know which general ledger accounts to use and the resulting effect on their budget. While there are many factors to consider, understanding these three basic scenarios should provide a solid foundation for the year of implementation and future years. You can complete these adjustments even without a complex calculation that includes terms that are new to many of us (incremental borrowing rate, net present value of future lease payments, lease liability, right-to-use asset, etc.).

We will assume the entity below is a school district operating in fiscal year 2022 that has not made any adjustments related to GASB 87 Leases as of today.

Note: As of the date of this article, the Texas Education Agency (TEA) is in the process of updating the Financial Accountability System Resource Guide (FASRG) for GASB 87 Leases. We are using account codes recommended by the during a presentation by TEA at the Accounting & Finance Academy on November 4, 2021.

Lease #1: Lease started in a prior fiscal year and extends past the fiscal year of implementation

Reclassify the lease payments to function 71 between objects 6512 (principal) and 6522 (interest).

Ultimately, your base lease payments will be moved from their current function, function 11 in the example above, to function 71. You can easily calculate this amount even if you have not calculated the lease liability and the split between principal and interest.

Lease #2: Lease started in a prior fiscal year and ends during the fiscal year of implementation

Today is your lucky day. This lease is a short-term lease. Buy a lotto ticket!

4.22. Q—A government implements Statement 87 at the beginning of its fiscal year on July 1, 2021, and does not present prior periods in its financial statements. At that time, the government has a lease in place that started January 1, 2019, and ends December 31, 2021. The lease does not contain any options to extend. At the initial implementation date, should the lease be considered a short-term lease?

Lease #3: Lease initiated in the fiscal year of implementation

Remember that lease that ended in Scenario 2? Well your boss still wanted copiers at the office so a new agreement was executed. A copy of the agreement couldn’t be made because the old copiers were jammed again. Let’s hope you hit on that lotto ticket.

In a governmental fund, the initiation of the lease would be recorded as capital outlay and an other financing source.

Note: Use the appropriate function relevant to the transaction and object 6651 when leasing a building.

From this point forward, you should record all scheduled payments on the lease to function 71. Note that this transaction will also trigger the need for a budget amendment.

Whitley Penn has consistently been recognized as “One the Top 100 Firms in the U.S.” and “Best of the Best” by INSIDE Public Accounting and other industry publications. For more information on Whitley Penn, please visit www.whitleypenn.com.