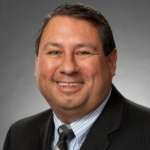 In this round of standards, compensated absences has new guidance, through GASB Statement No. 101. Early implementation is encouraged and this is definitely one that will reduce the financial reporting burden.

The Government Accounting Standards Board (GASB) continues to be busy and more standards have been issued recently. In this round of standards, compensated absences has new guidance, through GASB Statement No. 101. It was issued just last month and has an effective date for fiscal years beginning after December 15, 2023 (i.e. fiscal years ending June 30, 2025 and after). Early implementation is encouraged and this is definitely one that will reduce the financial reporting burden.

In 1992, the GASB issued Statement No. 16, Accounting for Compensated Absences. So why make changes after nearly 30 years of the same compensated absences guidance? That’s the million-dollar question. As the GASB revisited its standards it determined that the guidance on compensated absences needed a refresh.

The GASB summarized Statement No. 101 by stating: “The objective of this Statement is to better meet the information needs of financial statement users by updating the recognition and measurement guidance for compensated absences. That objective is achieved by aligning the recognition and measurement guidance under a unified model and by amending certain previously required disclosures.”

Statement No. 16 gave us the guidance for paid leave benefits but did not address the use of a paid-time off (PTO) model that has some similarities to both vacation and sick leave. Moreover, the old standard calculated the compensated absences liability based on an employee’s past work service and pay rates in effect at the balance sheet date or some other agreed-upon contract term.

GASB No. 101’s goal is to create consistency in application, improve comparability across various governments and to simplify the financial statement note disclosures.

Governments will no longer have to present the additions and reductions to the compensated absences liability during the year. That is, only the net change is required. From an audit standpoint, we still expect school districts to provide the details behind the net change because we will have to test the activity. The standard also removes the requirement to disclose the fund (s) that would be used to liquidate the compensated absences liability.

Under GASB No. 101, there are three general criteria that must be met for recognizing a liability for unused leave.

Certain types of leave, such as parental, military or jury duty are not considered a compensated absence.

The GASB did consider cost with the implementation of this standard. They decided to use a current value measurement, rather than the use of associated complex calculations and cost of a use of an actuary. The changes that accompany this new standard will be handled retroactively, since it is a change in accounting principle.

For now, make sure that you do an inventory of the potential compensated absences you will offer your employees and calculate the current value of those compensated absences, which will be recorded in the accrual financial statements (government activities- government wide and business-type/proprietary funds).