Watch for These Details as You Prepare Your Annual Financial Report 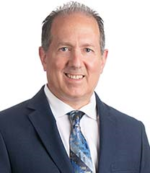 Learn what not to do and what to look for. This article provides some of the most common errors found in annual financial reports.

Texas independent school districts are required to include a Certificate of the Board in the annual financial report they submit to Texas Education Agency (TEA). But many districts forget to mark the certificate “approved” and have it signed by the Board Secretary and President.

Designed to provide a narrative explanation of significant financial activity for the year, Management’s Discussion and Analysis (MD&A) is an important part of any government entity’s annual financial report. It is important to:

The most common error you will find in the annual financial report is when balances don’t agree. For example: Fund balance doesn’t agree between the statement of revenues, expenditures and changes in fund balance and the balance sheet; individual line items such as accounts payable do not agree between the fund-level and government-wide financial statements; or an amount reported in the financial statements such as capital assets or long-term debt does not agree with the respective footnote.

Some other items to remember are:

An area that has received increased scrutiny lately is the net investment in capital assets classification within net position. Michele Mark Levine, Government Finance Officers Association Director of Technical Services, addressed this topic in a recent webinar, Correctly Calculating Net Investment in Government Assets. She noted that, at a high level, the net investment in capital assets balance is equal to the sum of capital assets and capital deferred outflows of resources less the sum of capital liabilities and capital deferred inflows of resources. However, the calculation has proven challenging because of the wide variety of transactions and other events that must be considered.

Notes to the Financial Statements

Aside from amounts disclosed in footnotes not agreeing to amounts recorded in the financial statements, the most common errors identified in the notes are related to pension and OPEB plans, due to the complexity of these disclosures. Pension and OPEB disclosures should include all required elements, including details by plan type. Note that the Teacher Retirement System of Texas (TRS) annually provides suggested pension and OPEB note disclosures to assist in this area.

Another area of frequent comments relates to budgets. The notes to the financial statements should disclose which funds have legally adopted annual budgets, the legal level on control, and any violations of the budget.

The majority of RSI comments are focused on pension and OPEB schedules including:

As the old saying goes, the devil is in the details. By paying attention to these areas, you can avoid the stress of finding about errors the hard way: after the fact.